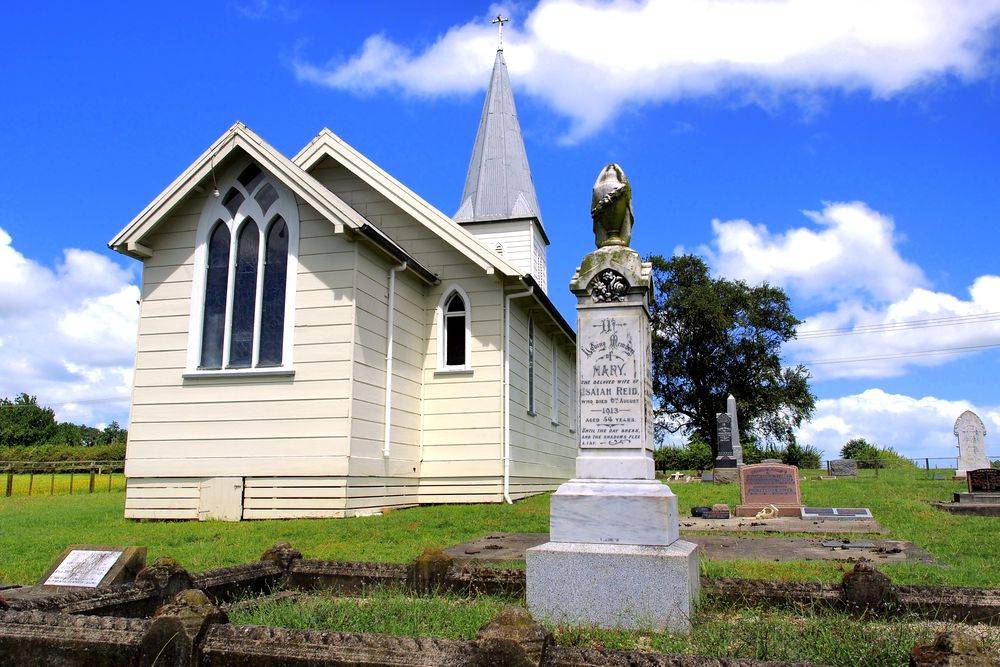 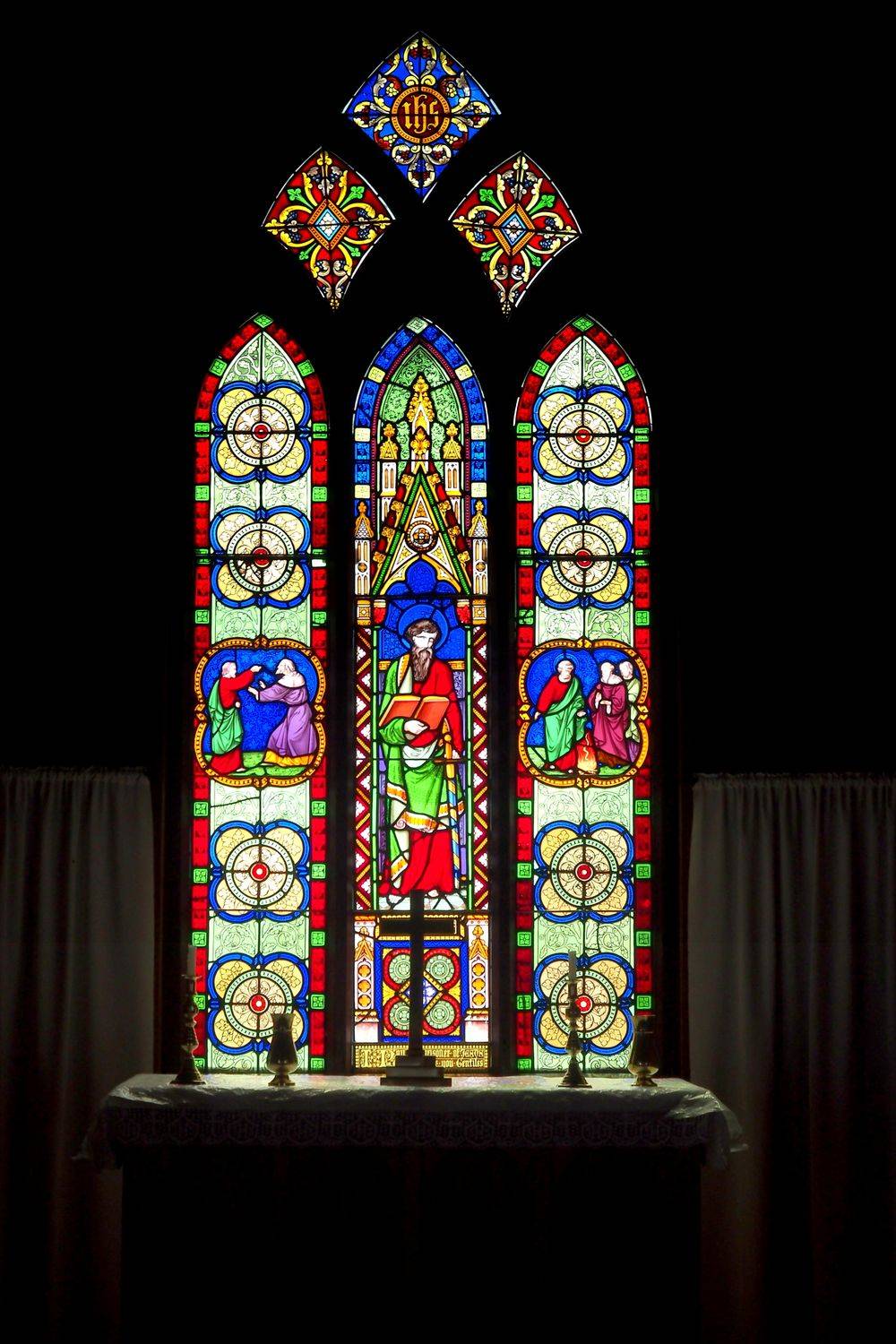 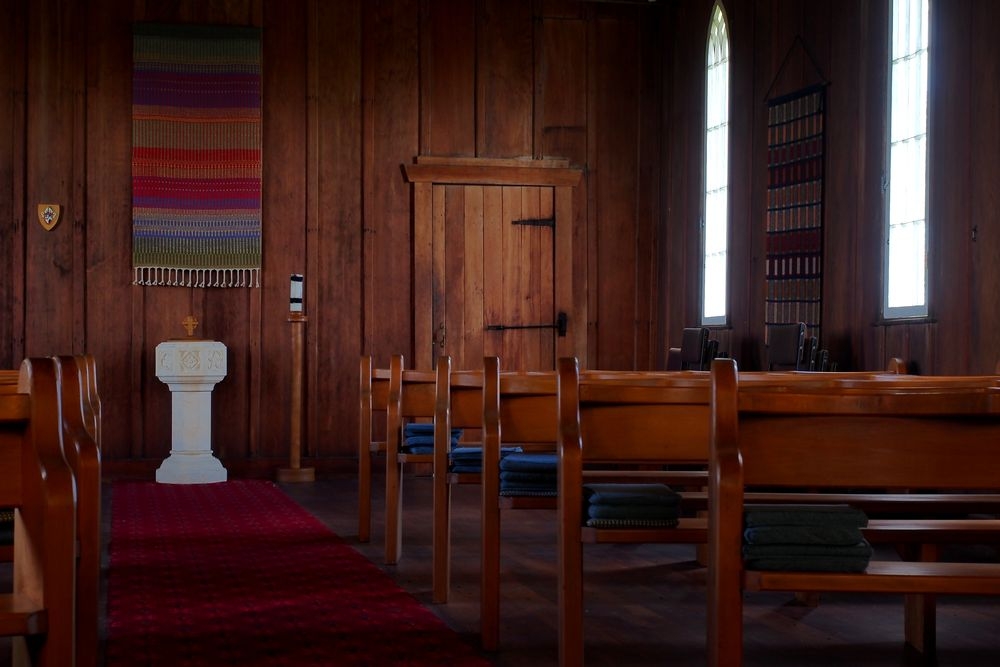 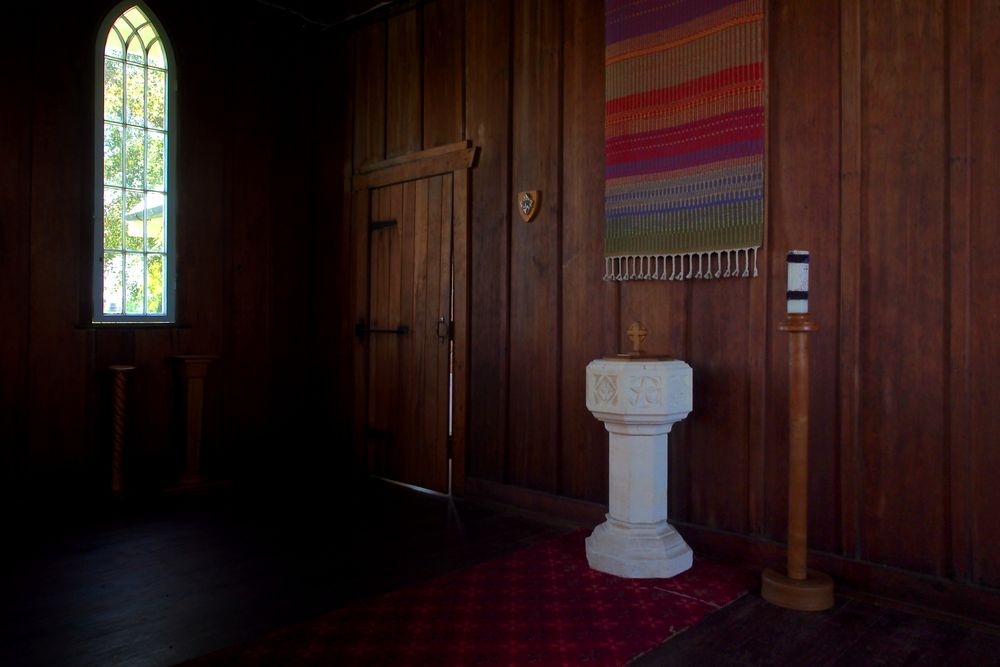 A Brief History of

St Paul’s, Rangiaowhia (now known as Hairini) stands as sentinel overlooking a peaceful, rolling countryside. This was not always so.

The building of St Paul’s was commenced in 1852 when the district of Rangiaowhia was one of the most populated in the Waikato. In 1841, John Morgan, who had been working for the Church Missionary Society in the Waikato and in the Rotorua districts, was sent to Te Awamutu area. It was due entirely to his efforts that St Paul’s Church at Rangiaowhia and St John’s church in Otawhao (Te Awamutu) were built.

The two raupo chapels which had been used for worship by the Maoris and the few settlers, were in a state of disrepair and John Morgan felt there was a need for a suitable, more permanent place of worship.

He appealed to the Church Missionary Society in London for grants to both Rangiaowhia and Otawhao (Te Awamutu) Churches. In 1852, the year John Morgan was ordained, this was forthcoming, one hundred pounds to each church. This, with donations from local Maori and Europeans, the help of the Maoris in donating trees, falling and transporting them, and financial assistance from Mr Morgan himself, made the building possible.

When opening in 1856 the Church had a shingle roof and was without the spire and the entrance porch. It is known that the spire was added later, probable in 1858, and the porch in 1899. The building was of heart matai cut from the Rangiaowhia swamps, and the carpenters were Chittenham and Edwards. The stained glass window was also put in later. Records do not tell the exact date, but it is known to have been in position by May 1859.

The exact story of this beautiful window is not recorded, but it is generally accepted that it was intended for the Auckland Cathedral. It is known that the money for it came from a Church fund administered by Bishop Selwyn and from a donation from a Miss Charlotte Yongi.

It is interesting to note that the land on which the Church had already been commenced was granted to the Church Missionary Society by Deed of Trust 1854. These deeds are now deposited in the Te Awamutu Museum.

At the outbreak of the Waikato land wars, in 1863, most Europeans left the district and the care of the Church missionary property was undertaken by The Maori Chieftainess, Irihapeti Te Paea Potatau, a sister of the Maori King. Thus the Churches were saved from severe damage. General Cameron’s troops occupied Rangiaowhia in 1864 and this military occupation was the beginning of a period of neglect and decay.

After a meeting called by Bishop Cowie in 1875, the Church was returned to a full state of repair and services were conducted by the Reverend Brady, the then Vicar of Te Awamutu. The Church was at this time also used as a state school.

These minutes give a picture of years of faithful service by a small band of parishioners. Under guidance and support of the various Vicars in Te Awamutu, the people managed and supported the Church at Rangiaowhia with its own Vicar’s Warden and People’s Warden. Finances came from regular offerings, special donations, and efforts such as garden parties organised by ladies’ committees.

From reference in minutes it is apparent that from 1899 to 1903, at least, there was both an active Sunday school and choir.

In 1910 the Church suffered in a severe gale and the east end was moved off its foundations. The stained window was damaged and repairs had to be carried out. Hence the pieces of the glass which appear faded, in 1954, in preparation for Centennial celebrations, repairs and maintenance were carried out and some new furniture donated.

In 1968 the east window was removed, re-leaded and the wooden frame repaired. In 1973, with financial assistance from the Historic Places Trust, major repairs were carried out, steel ties being put inside the Church to stabilise the building.

As with so many beautiful, old buildings, the upkeep of St Paul’s is an on-going concern. The parishioners, and a great number of caring people of today, are anxious to maintain and preserve St Paul’s, which has been left in trust by Christian pioneers who, in this place established firmly the work of God.